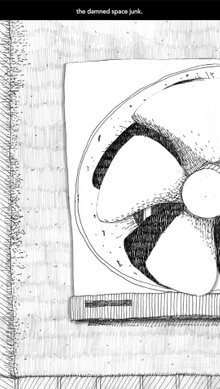 A VOYAGE INTO THE MOON

A woman wakes up in a bathroom. She tries to reconnect with her memories: why is she lying there and where is she? Slowly she remembers her mission as the voyage into the moon. In this first chapter she wonders if she arrived at her destination.

The film shows a journey into several interiors and a mental space wherein the human body and mind are suggested. A Japanese voice guides us. The sequence of animated drawings goes along with the narrative and this without explicitly visualising the storylines.

A film in collaboration with French artist Cédric Noël.

First shown at the exhibition Drawing Out: Material Dialogues with the Boyarsky-collection, VAi, Antwerp, 2017

A preview of the film is also available on this link