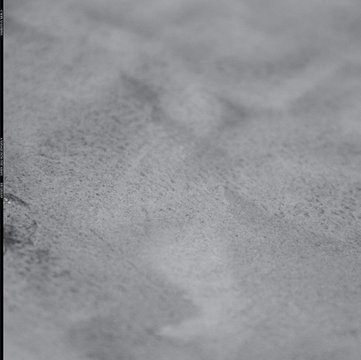 This vinyl record is the second chapter of A Voyage into the Moon, a collaboration between the artists Cédric Noël and Mira Sanders. Since their journey in Japan in summer 2017, Sanders and Noël developed a science fiction inspired by their observations and historical/actual underworld situations. Literally referencing to the in classical music often used notion of the overture, Noël’s and Sanders’ A Voyage into the Moon – chapter 2: Overture consists largely of field recordings they made in summer 2017 in Japan. Instead of just juxtaposing sound fields, they composed "a sound(scape) travelling". This is mixed with a Japanese narrated science-fiction story. One side of the record scores a soundscape that traces the navigation of the protagonist from her home to the launch of her space shuttle. It is followed by a second part whereby we hear the protagonist telling about her travelling. The cover of the vinyl record suggests a (moon)landscape. The inner sleeve gives the English translation of the Japanese text and the colophon.

Thanks to Stephan Balleux, ARGOS and Flanders State of the Arts