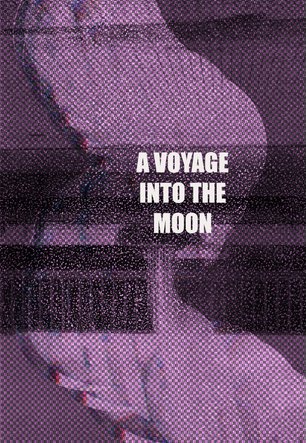 A Voyage into the Moon

Hiroshima, 6 August 1945: a sudden flash, a violent explosion, the atomic bomb. Somewhere on the Moon, a creature feels under threat. Shortly after that, the Japanese army receives a signal from a mysterious astronaut. Are we no longer alone in the universe?

A Voyage into the Moon is a body of recent work by the artistic duo Mira Sanders and Cédric Noël. The culture, veneration of the underground, and the history of the Land of the Rising Sun served as a source of inspiration for both artists as they wrote several fictional stories and created an extensive series of publications. In conjunction with the première of their new medium-length film Mission Report and the first showing of their new installations, the Musée du Botanique will be exhibiting their complete works created between 2017 and 2021 for the very first time.

Do not be afraid of the thousand viscous legs of the mukade centipede! Immerse yourself in this poetic twilight zone: take a voyage into the moon.